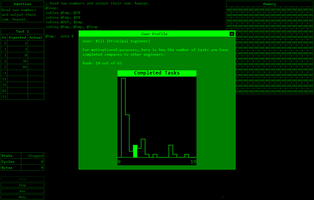 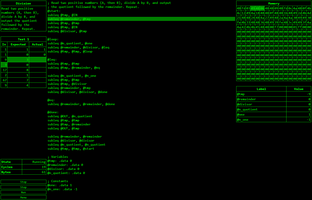 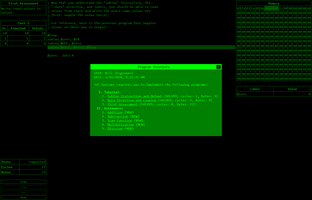 SIC-1 officially launches today with new puzzles, an overarching story, and many more players to compete against on the global high scores lists!

SIC-1 is an assembly language programming game where you implement programs for SIC Systems' Single Instruction Computer Mark 1 (the SIC-1). The SIC-1 is an 8-bit computer that only has a single instruction: "subleq" (subtract and branch if less than or equal to zero -- don't worry, it's Turing Complete!). Setting aside the difficulty of rewiring your brain to only use a single instruction, you also must compete against other engineers to produce the fastest and most efficient programs.

If you like esoteric programming languages or architectures, and you have an innate desire to optimize, now is your chance to start at the bottom of SIC Systems as a trainee and get promoted to the highest levels of the engineering org!